How To Use A Chimney Starter 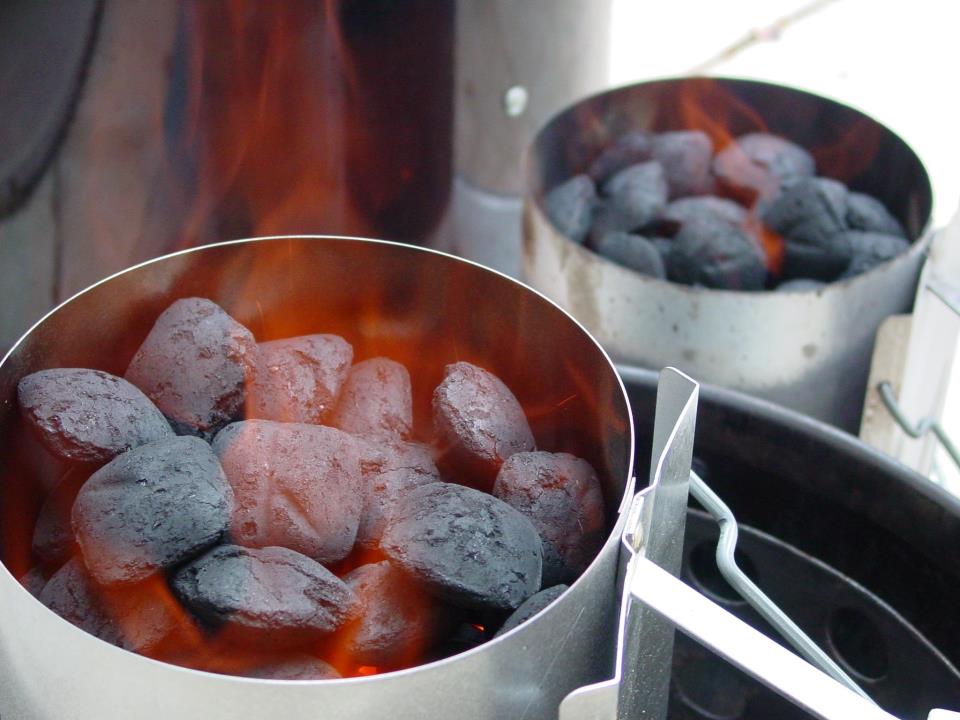 A chimney starter offers an easy way to light charcoal for barbecuing. It consists of an open-ended metal cylinder with a charcoal grate mounted inside, toward the bottom. The desired amount of charcoal is placed into the top of the cylinder and a small fire is started under the grate at the bottom of the cylinder. The “chimney effect” causes the charcoal to light from the bottom all the way up to the top. 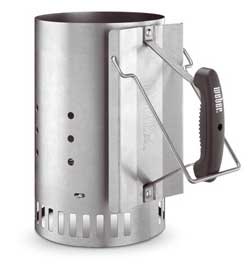 When the coals are hot, pour them into the smoker, either with or without more unlit charcoal depending on the firing method you’re using for your cook, and then start cooking.

In my opinion, the best chimney on the market is the Weber 7429 Rapidfire Chimney Starter. It holds more charcoal than most—approximately 100 briquettes or 5 lb 5 oz worth of Kingsford Charcoal Briquets. It’s well-built, rust-resistant, and has two sturdy handles for safe handling of hot charcoal.

Another option is the Weber 7447 Compact Rapidfire Chimney Starter, a smaller model that’s perfect for lighting charcoal for smaller smokers like the 14.5″ WSM or Smokey Joe Mini WSM. 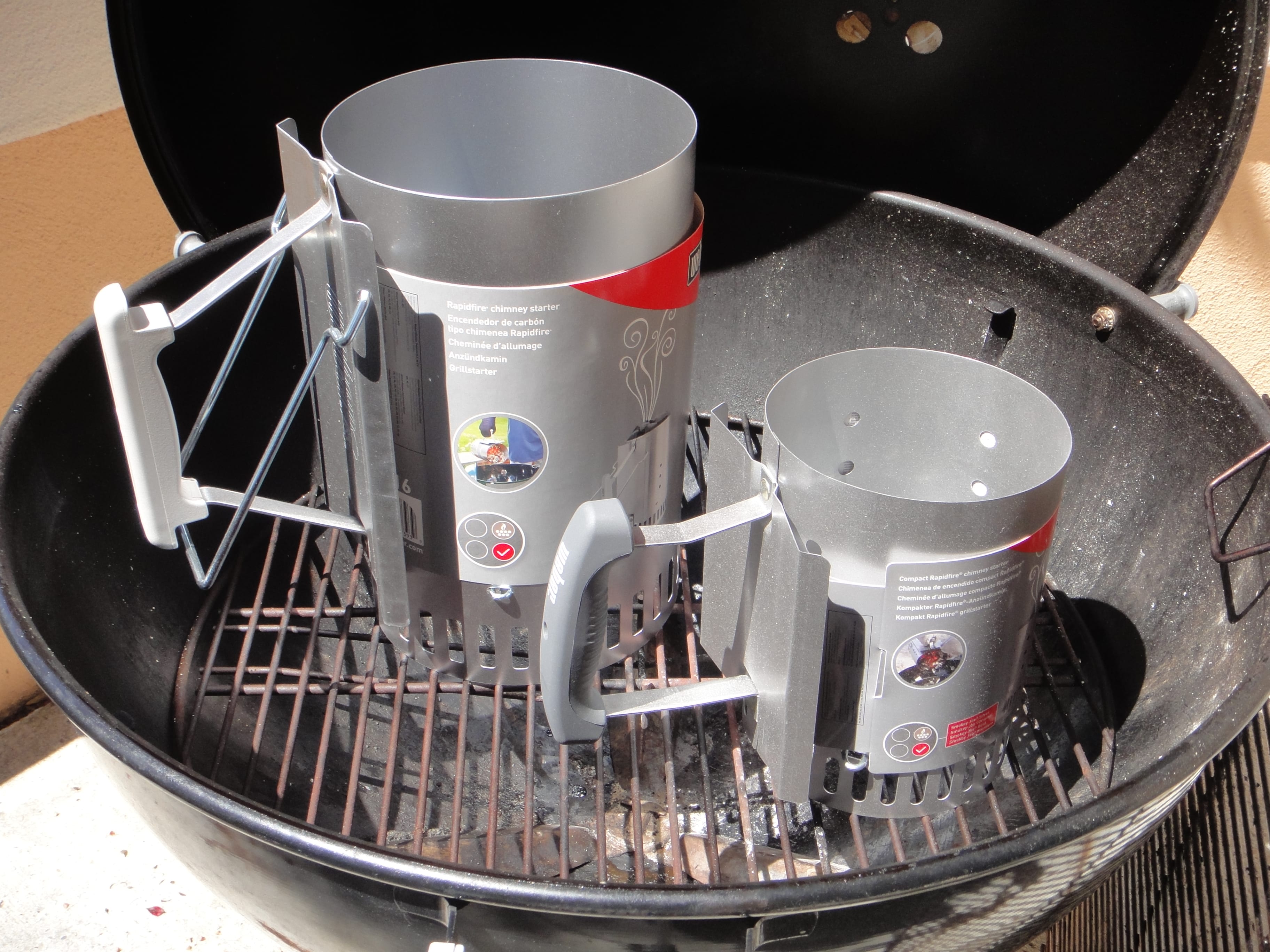 The remainder of this article explains how to use a Weber Chimney Starter. The process is the same regardless of how much charcoal you’re lighting or whether you’re using briquettes or lump charcoal.

These photos from Greg Caesar of Houston, TX, show the damage caused by using a chimney starter on his concrete driveway. 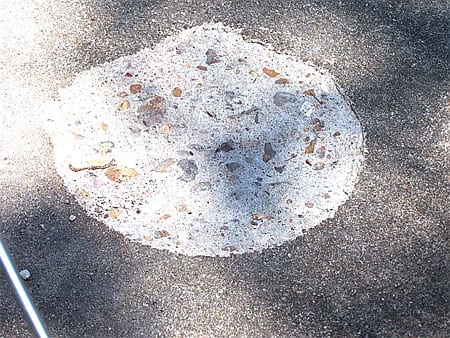 Safe locations to light a chimney include: 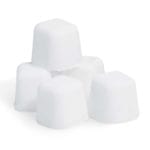 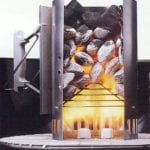 A clean and easy way to light a chimney starter is with Weber Lighter Cubes. These paraffin wax cubes burn at 1300°F for 10-12 minutes.

Start by filling the chimney with the amount of charcoal you want to light and set it aside. Place one or two lighter cubes on the charcoal grate and light using a butane lighter, then place the chimney over the burning cubes. 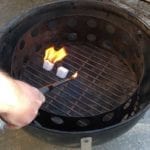 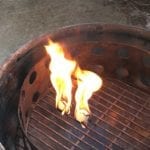 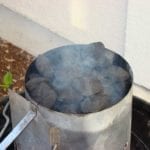 It will take 10-20 minutes for the coals to light, depending on wind conditions, how much charcoal is in the chimney, and the type of charcoal being used. 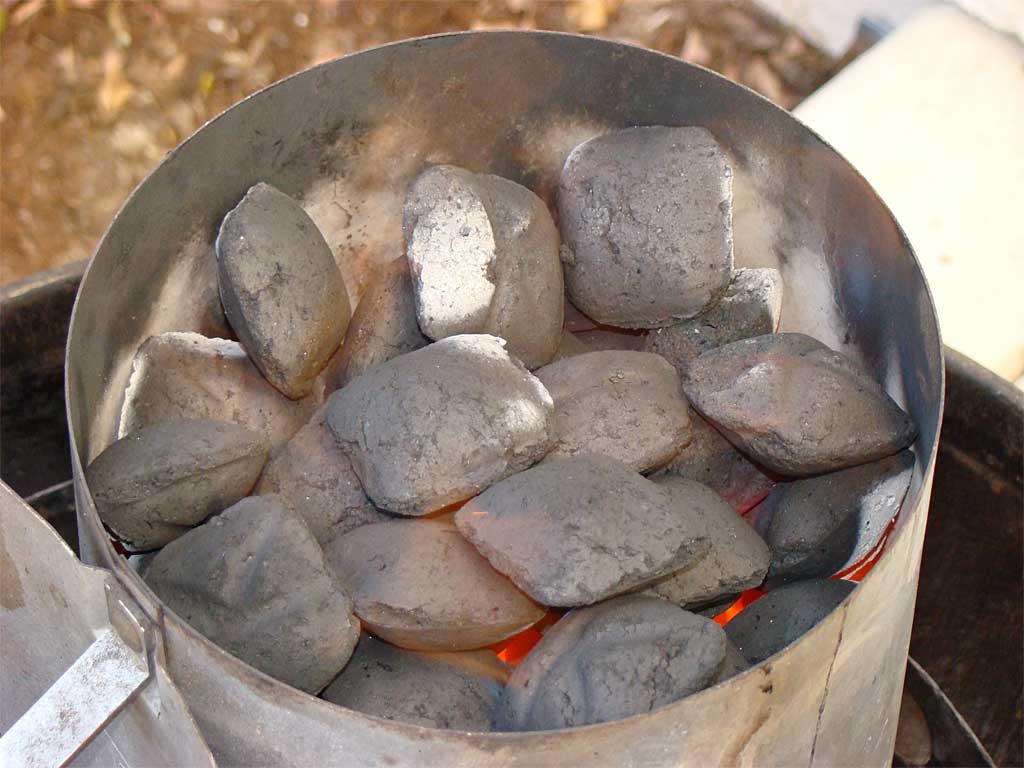 Back in the “good old days” before the Internet, smartphones, and online news, most American households got their news from a daily newspaper and had lots of newsprint laying around the house or going into the recycling. Using old newspaper was the original way to light a chimney starter. The only problem with newspaper is that it’s messy…light ash blows out of the chimney around your patio after the paper burns. That’s why many people switched to using paraffin wax cubes or other lighting methods. But if you’re feeling “old school”, here’s how to light a chimney starter using newspaper.

Using a double-wide sheet of newspaper, roll loosely on the diagonal from one corner to the other. Bring the ends together to form a donut that fits inside the chimney starter. Repeat with a second sheet of newspaper. 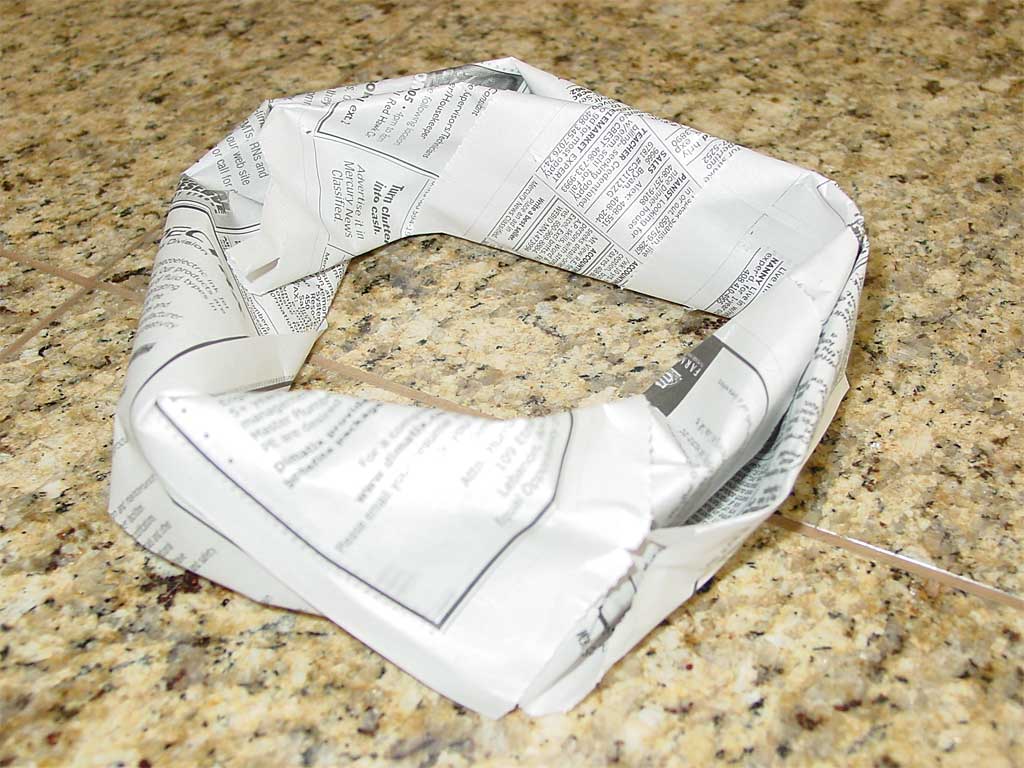 Place the two newspaper donuts in the bottom of the chimney. Note that this leaves a hole in the center for air to flow up through the newspaper for faster lighting. 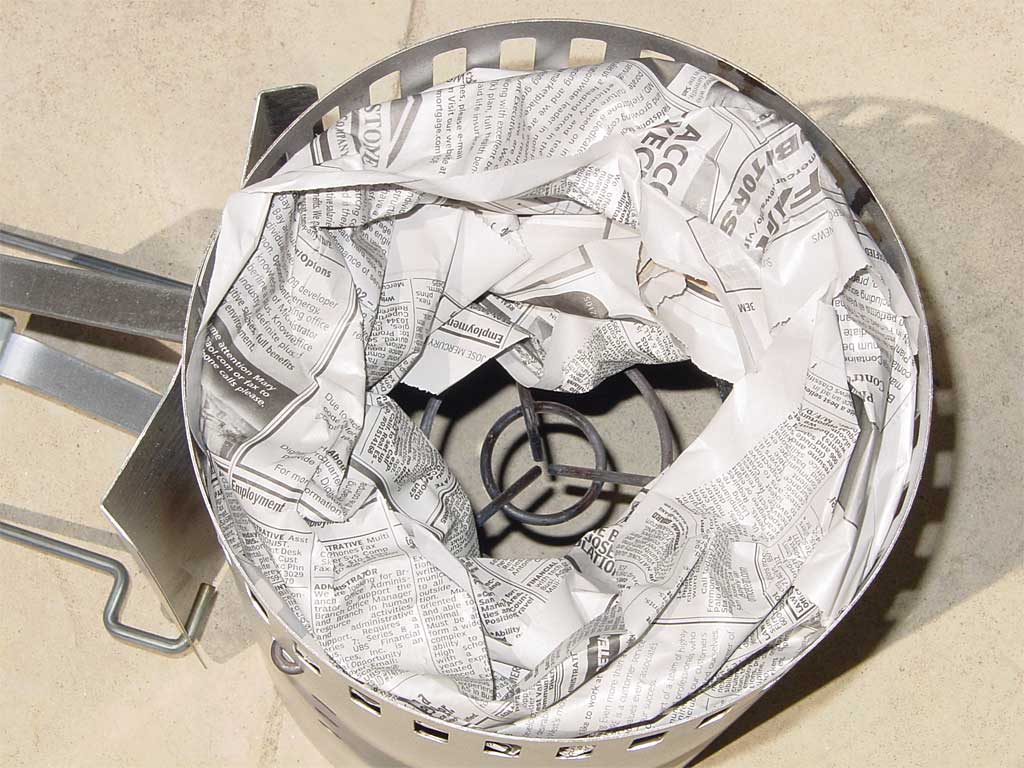 Turn the chimney right-side up and place it on the charcoal grate. Fill the chimney with the amount of charcoal you want to light. Lift the edge of the chimney and light the newspaper in several locations using a butane lighter. You’ll begin to see smoke coming out the top of the chimney starter. 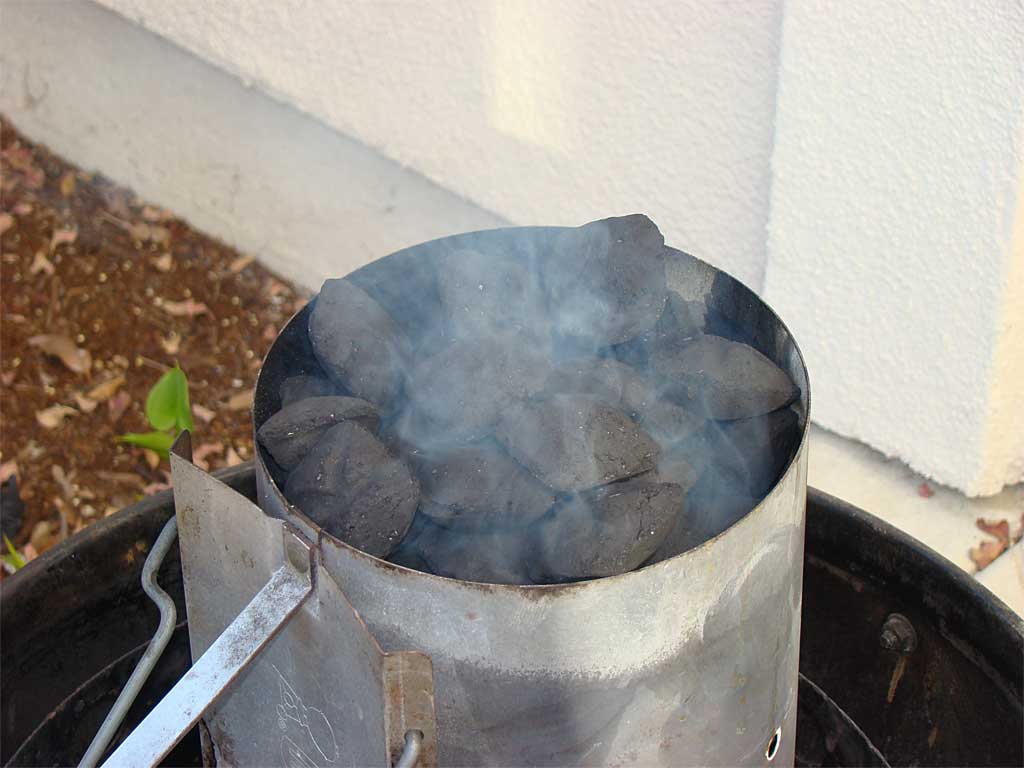 After the newspaper has burned completely, wait 1-2 minutes, then hold your hand over the chimney…you should feel the heat of the coals starting to light.

It will take 10-20 minutes for the coals to light, depending on wind conditions, how much charcoal is in the chimney, and the type of charcoal being used.

Here’s a neat trick that makes newspaper burn longer in a chimney starter. After putting the newspaper inside the chimney, give it a light spray of non-stick cooking spray. This makes the newspaper last longer because it won’t burn until all of the oil burns away first.

Sometimes you need to light just a few briquettes, e.g. for the Minion Method. Here are three ways to light small amounts of charcoal more effectively. Just light from below, as usual.

Here are several alternatives for lighting your chimney starter if lighter cubes or newspaper aren’t your thing. 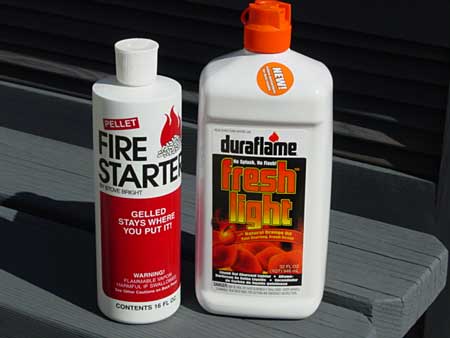 Alcohol-based liquid gel starters are squirted onto the charcoal and lit. Gel starters should not be confused with charcoal lighter fluids, as they contain no foul-smelling petroleum products. Brands include Sterno Multi-Purpose Fire Starter. Sawdust starters are made of recycled sawdust and paraffin wax. Cut or break into chunks, place several pieces under the chimney and light. Popular brands include Rutland SafeLite Fire Starter Squares, Duraflame Quickstart and Duraflame Firestart. 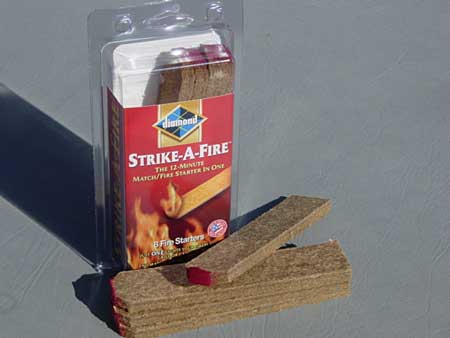 The Diamond Strike-A-Fire is a thin sawdust/paraffin strip with a match head coating on one end. Strike the head against the lighting strip on the box and place under the chimney. 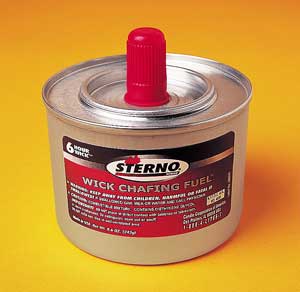 Wick chafing fuel such as Sterno Wick is designed to heat food in a chafing dish, but some folks use them to light a chimney. Light the wick and place under the chimney for 10 minutes. These disposable units burn 2-6 hours and can be purchased wherever catering supplies are sold.

A few sheets of paper towel sprayed with non-stick cooking spray will get your charcoal started, and since it burns more completely than newspaper, it makes less of a mess. You can also use pieces of cardboard egg cartons and paper charcoal bags.

Some folks light chimneys over the side burner on a gas grill or over a propane turkey fryer. Be careful when using a side burner…if you leave the chimney on too long your side burner may experience a meltdown!