I know that some of you out there have a good sense of humor and the creative and technical skills necessary to put the WSM into some funny situations. Hey, you might even capture some real-life WSM humor with your camera in your backyard or at a contest. Send them in to TVWB and I’ll add them to this collection. 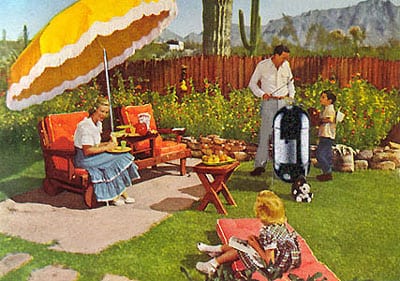 This 1950s-era family from Arizona enjoys some quality time together as Dad tends the WSM. There’s nothing quite like barbecuing in 110°F weather while wearing a dress shirt and slacks. By Chris Allingham. 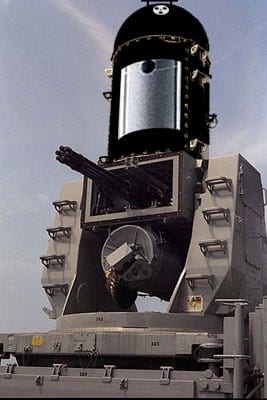 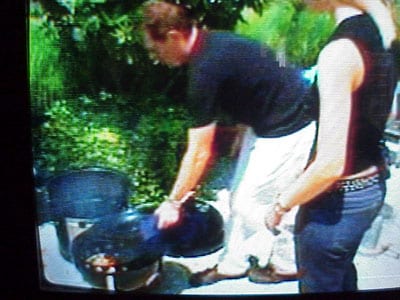 From the television show Boy Meets Grill on the Food Network. The episode was called “Boy Meets Texas Girl” and aired in 2004. Bobby Flay makes brisket with his girlfriend Stephanie March and places the water pan directly on top of the charcoal chamber full of hot coals and wood chips. A classic WSM moment! By Tom Chilton, captured on TIVO.

This is the highly sought after Weber Smokey Kamado Mountain Cooker. It’s covered with ceramic tiles, weighs in at 375 pounds, and costs $899.99. Block and tackle lid-lifter sold separately. By Larry Davis.

In 2004, Hummer introduced the world’s most expensive WSM carrier. By Tom Ferguson. 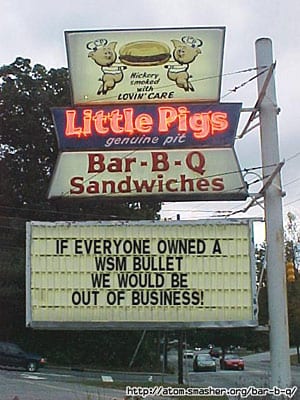 Truth in advertising. By Bill Middendorf.

Visit the Bar-B-Q sign generator to make your own humorous signs.

Note: This site went down in June 2022. I’m leaving the link here in hopes that the site returns soon! 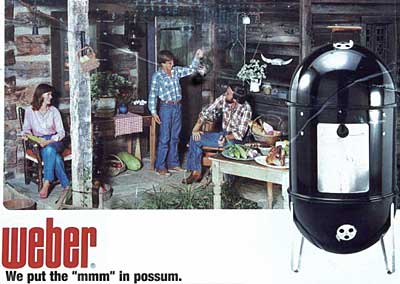 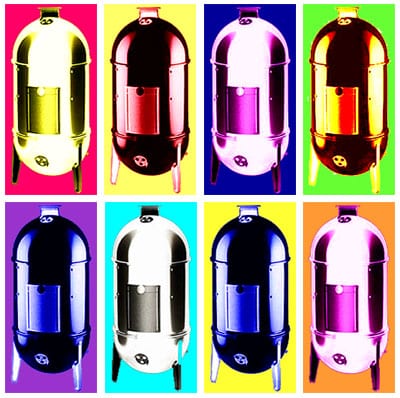 Here’s how Andy Warhol might have viewed the WSM. By Chris Allingham. 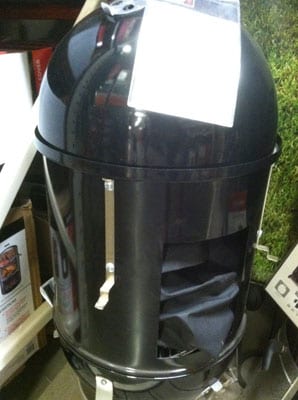 A member of The Virtual Weber Bulletin Board saw this Weber Smokey Mountain Cooker a Home Depot store in New Jersey. Probably a special order for a customer that backed out of the deal.