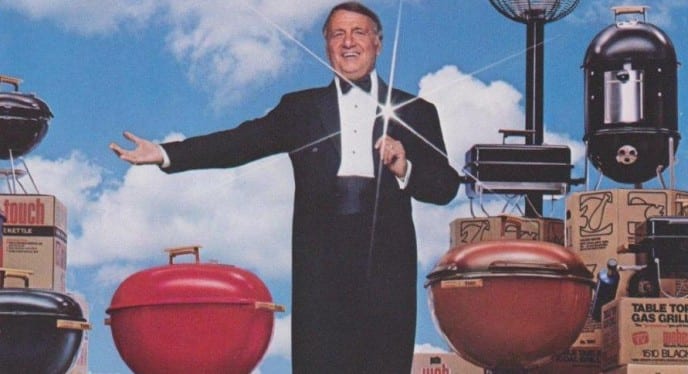 When the Weber Smokey Mountain Cooker was first introduced for the 1981 model year, it came in an eight-sided box. A few of these boxes have survived, but they are few and far between. We catch a glimpse of two of them in this promotional photo featuring company founder George Stephen. He’s posing with a variety of Weber grills, including the original Model 1880 14.5″ WSM perched on top of an octagonal box. If you look closely, you’ll notice that the Go-Anywhere charcoal grill to the left of the WSM is also sitting on an eight-sided box.

As far as the box art goes, it appears to be a series of large symbolic line drawings with text, each representing a product feature. Is that a drumstick in one of the drawings?

And what’s that light pole in the background? It’s none other than The Web electric bug zapper from Weber. 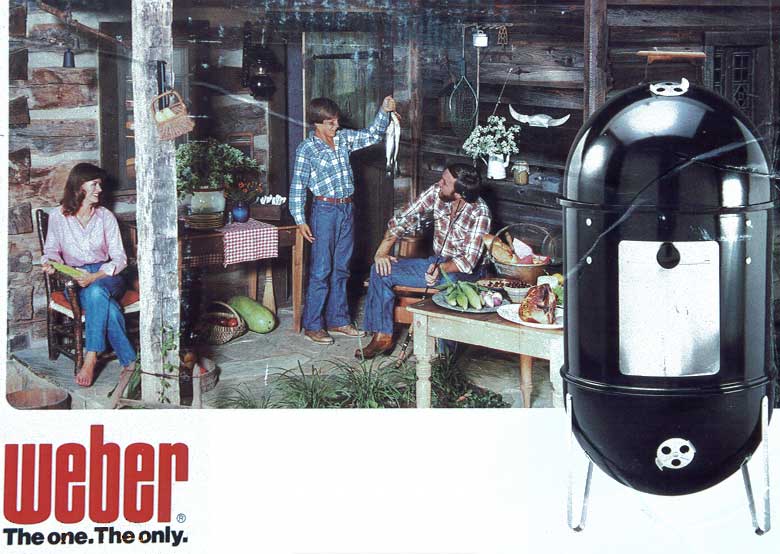 By the time I bought my first Weber Smokey Mountain Cooker in 1997, Weber had abandoned the eight-sided box for a square one and had replaced the symbolic graphics with a large, full-color label pasted on the side of the box featuring this family on the porch of a log cabin and the original Model 2880 18.5″ WSM.

A portion of the label (not shown in this photo) wrapped around the corner of the box to the adjacent side and contained the following text (emphasis as printed on the label):

The log cabin family was also featured on the cover of the WSM Owner’s Manual from 1981-1988, but in a different photo from the same photo shoot. The outdoor theme carried over into print and television advertising, as well. See the WSM Advertising page for examples, including a rarely seen video of a WSM television commercial.

If you compare the WSM in this photo to today’s 18.5″ WSM, you’ll notice some interesting differences:

I suspect this is a photo of a prototype WSM or an early production model that was subsequently redesigned. 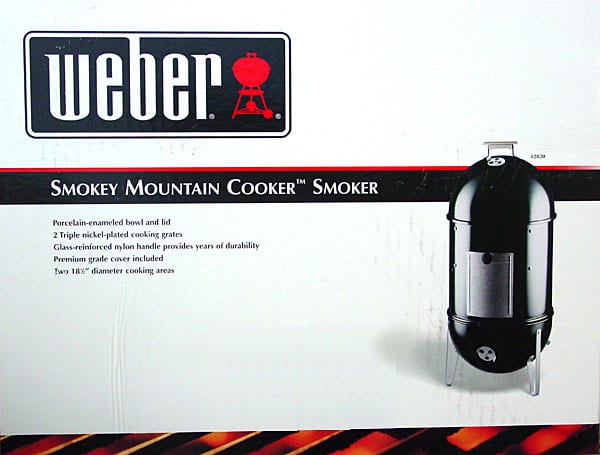 In August 2001, Weber changed the WSM box art to the version shown here. As with the previous full-color label, this one was pasted onto the brown box.

The text on the label reads:

As with the previous box art, part of the label wrapped around to the right side of the box. It shows the Weber logo, the phrase “Weber Smokey Mountain Cooker Smoker” and a smaller version of the product photo.

In 2004, Weber updated all of its product packaging, switching from a brown box to a white box and printing the graphics directly onto the box—no more glued-on labels.

Here’s the front of the box. 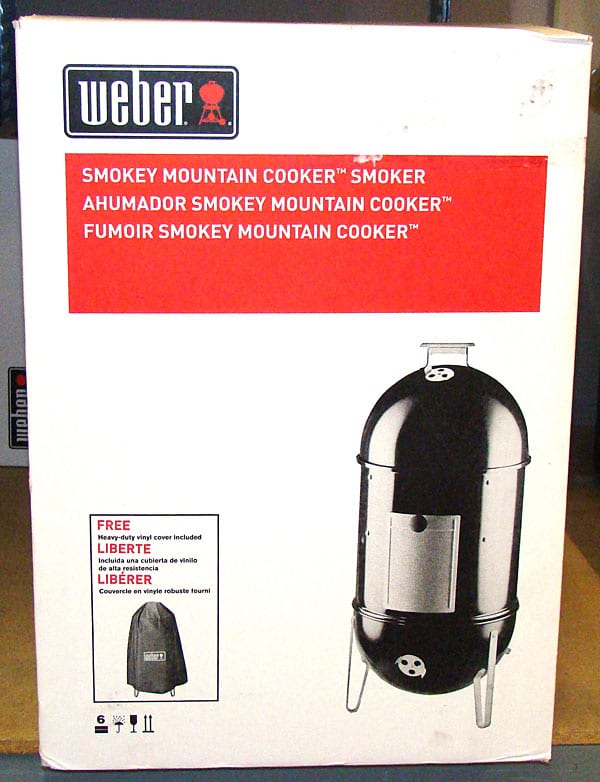 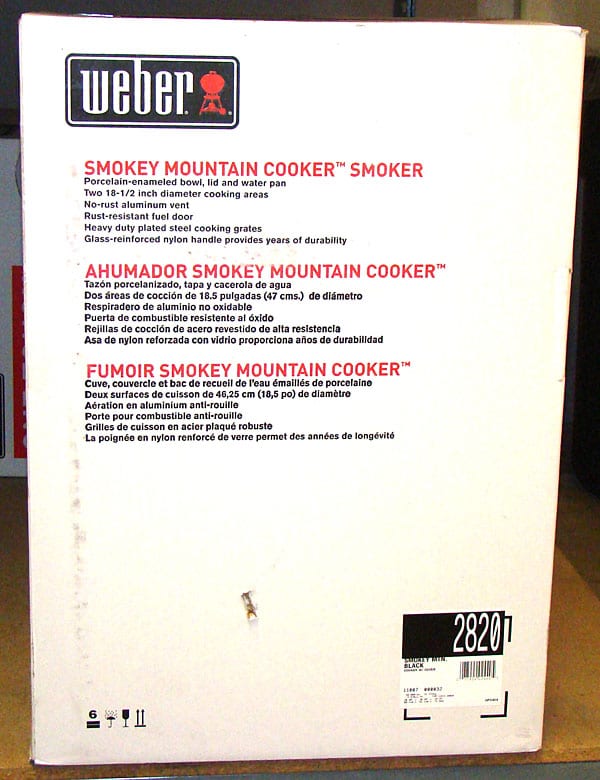 In 2009, Weber introduced a redesigned 18.5″ WSM and the all-new 22.5″ WSM. The box art for each cooker was a modest update from the previous design. 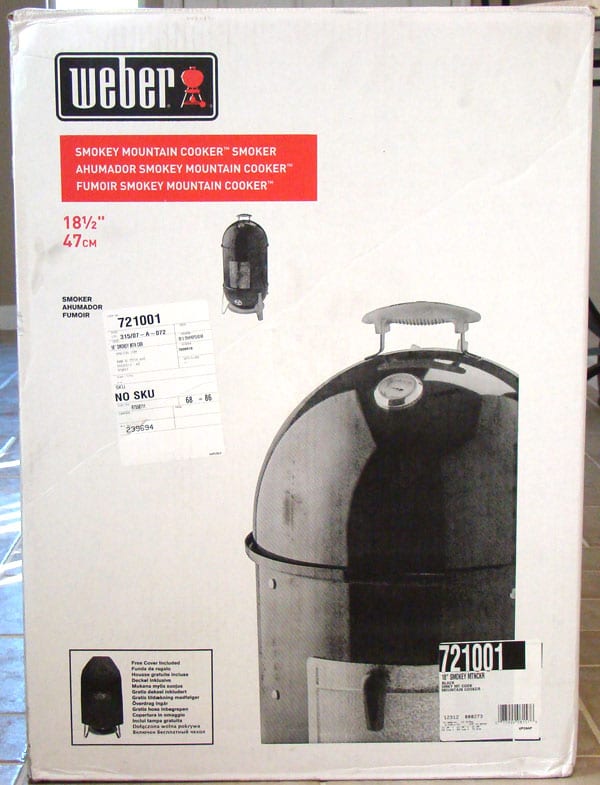 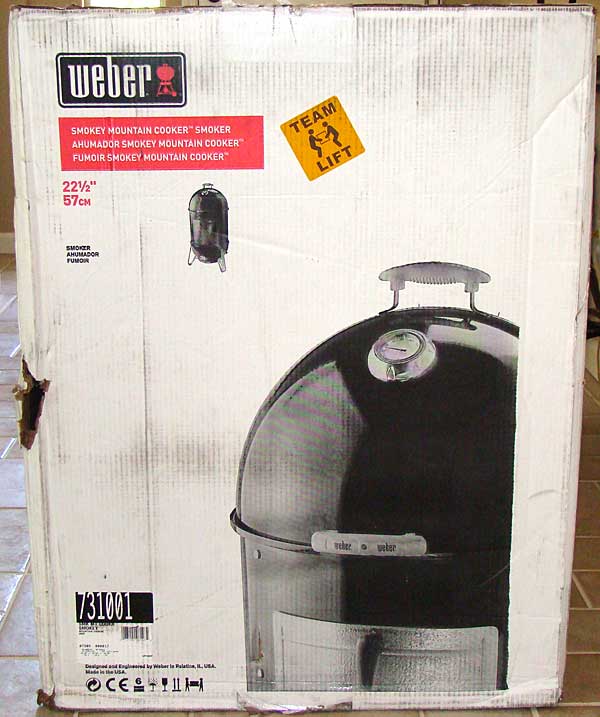 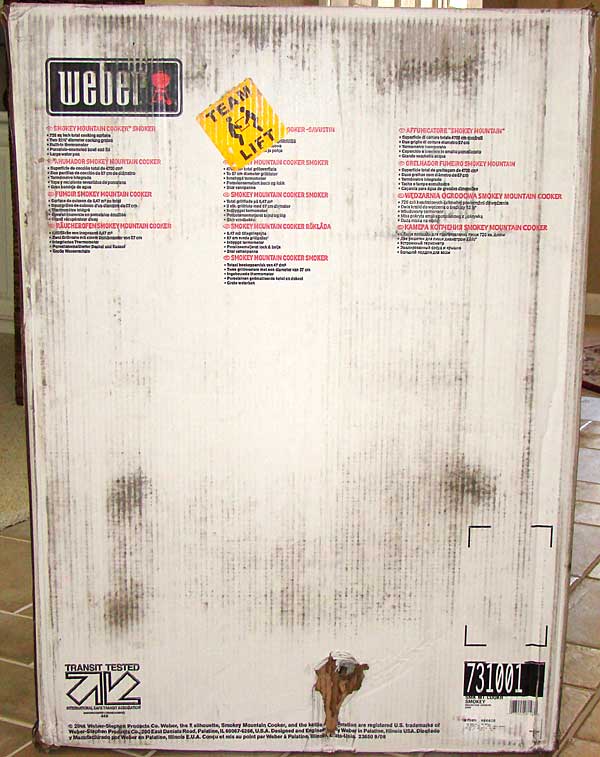 For the 2014 model year, Weber introduced the new WSM 14.5″ cooker and a new feature on the 18.5″ and 22.5″ cookers that is reflected in the product photo on the box—the addition of the thermometer port silicone grommet. 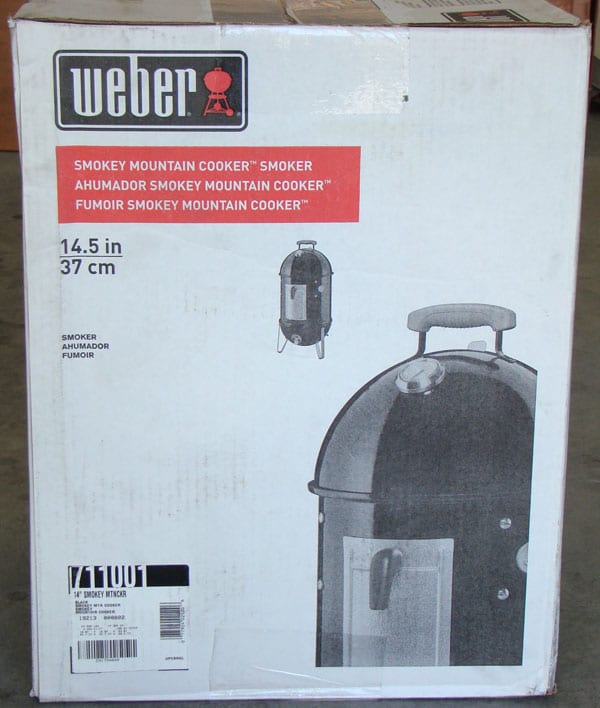 Can you say “Smokey Mountain Cooker” in 13 different languages? 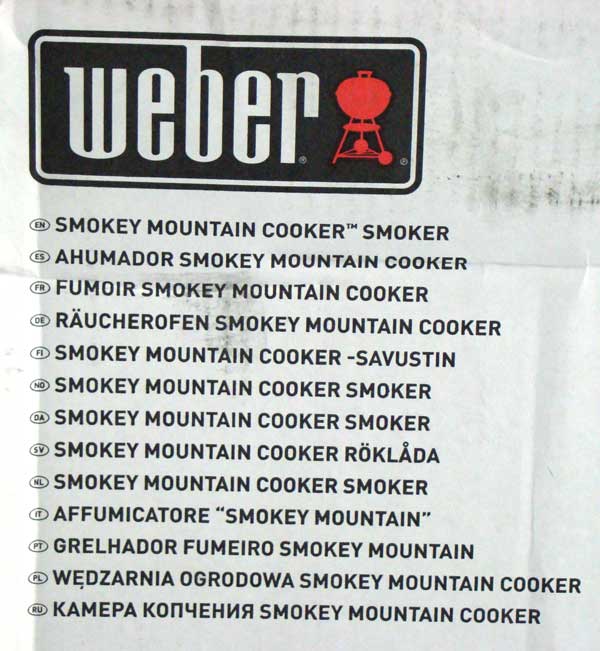 How about “Free Cover Included” in 13 languages? 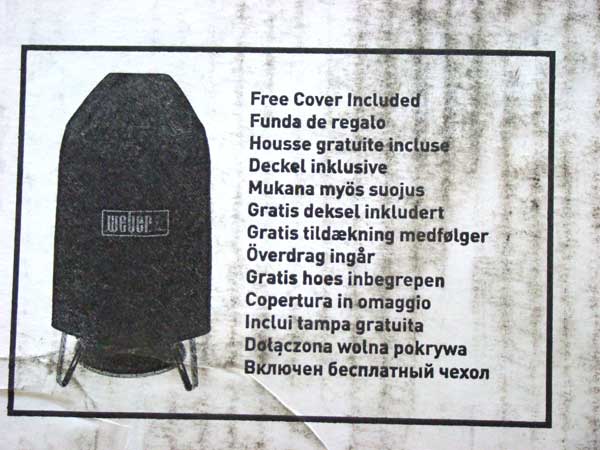 By 2018, the box design has reverted to a single, large “hero image” of the Weber Smokey Mountain Cooker. 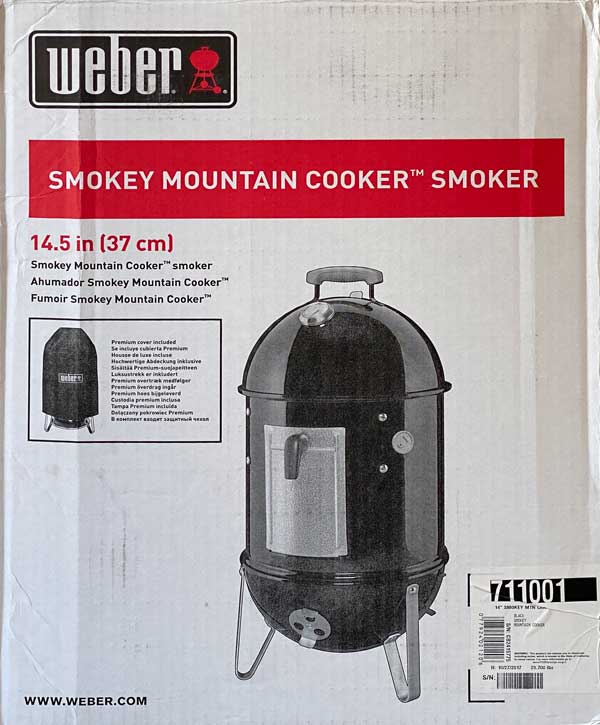 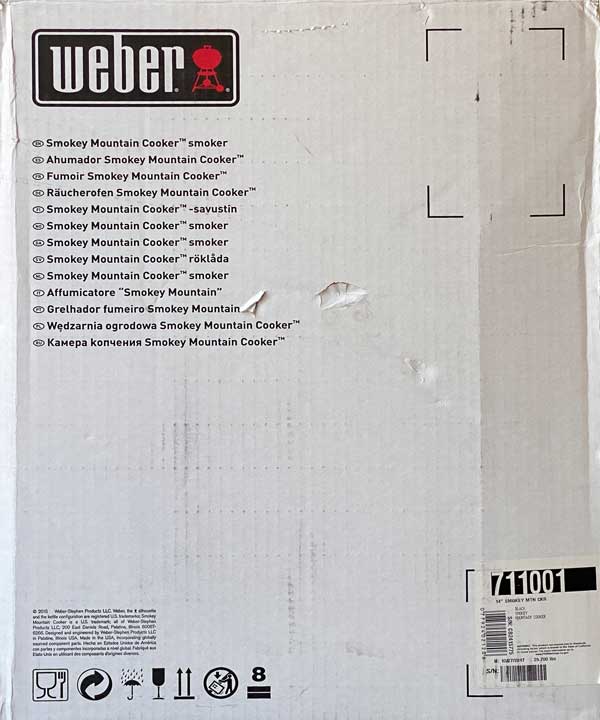 Although the cover is still free, it’s now referred to as “premium.” Note that it’s not showing a 14.5″ WSM. We know this because we can see the heat shield suspended between the legs. For the 14.5″ WSM, the heat shield is placed inside the bottom of the charcoal bowl and wouldn’t be visible in a photo like this one. 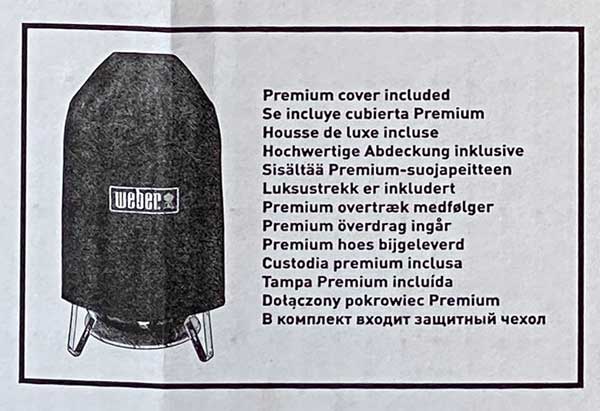 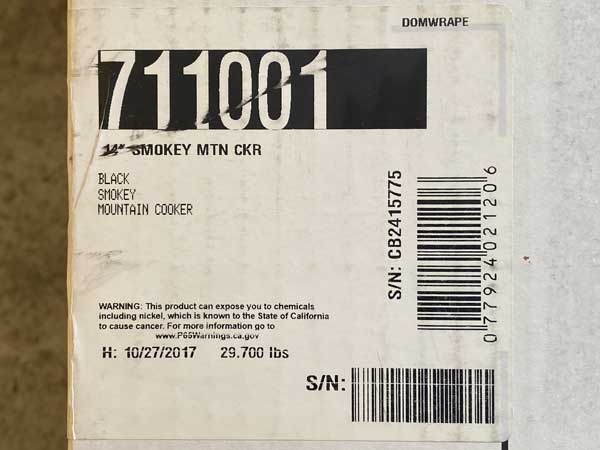 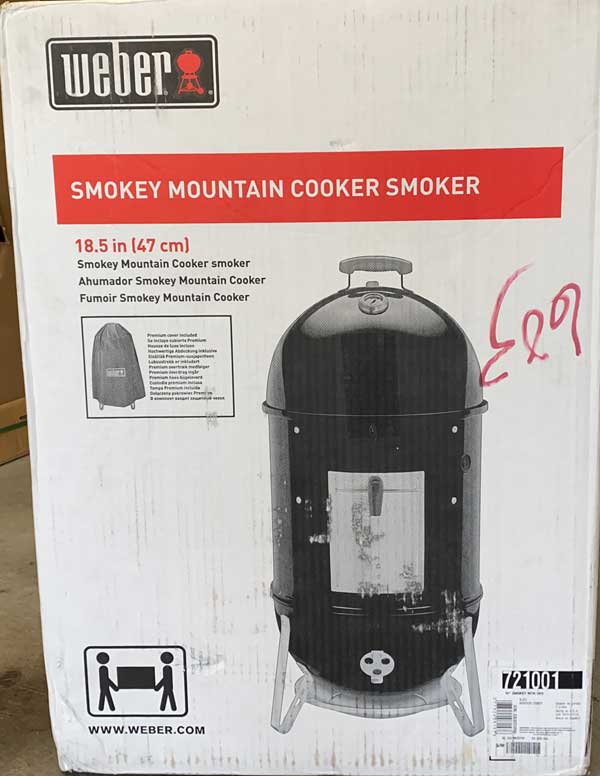 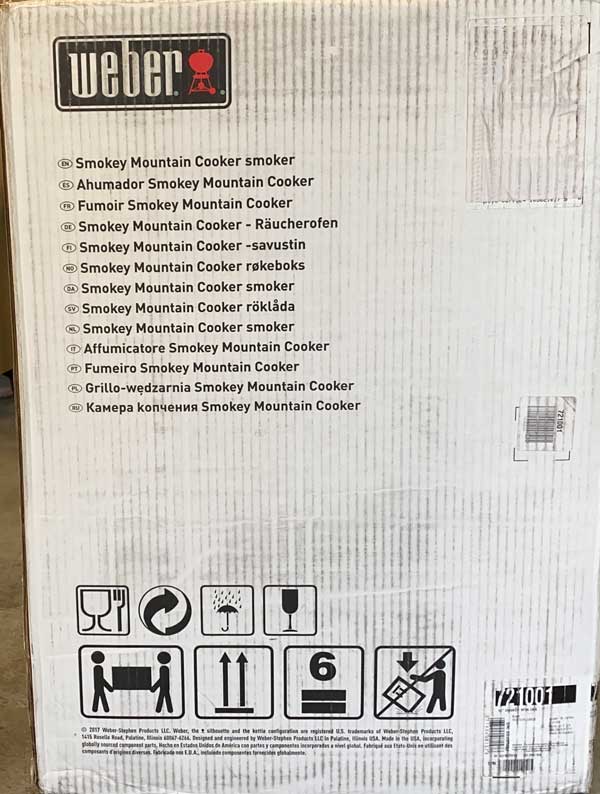 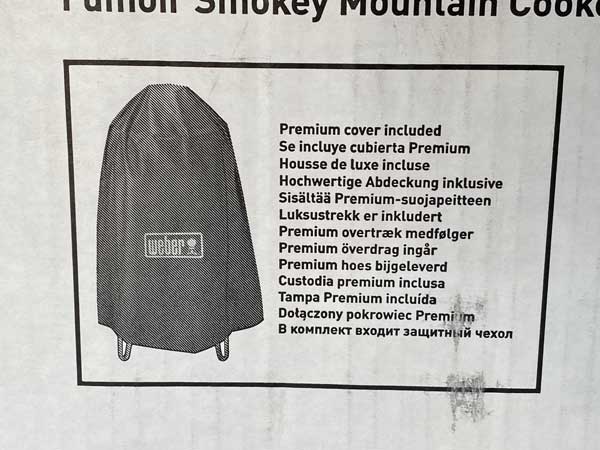 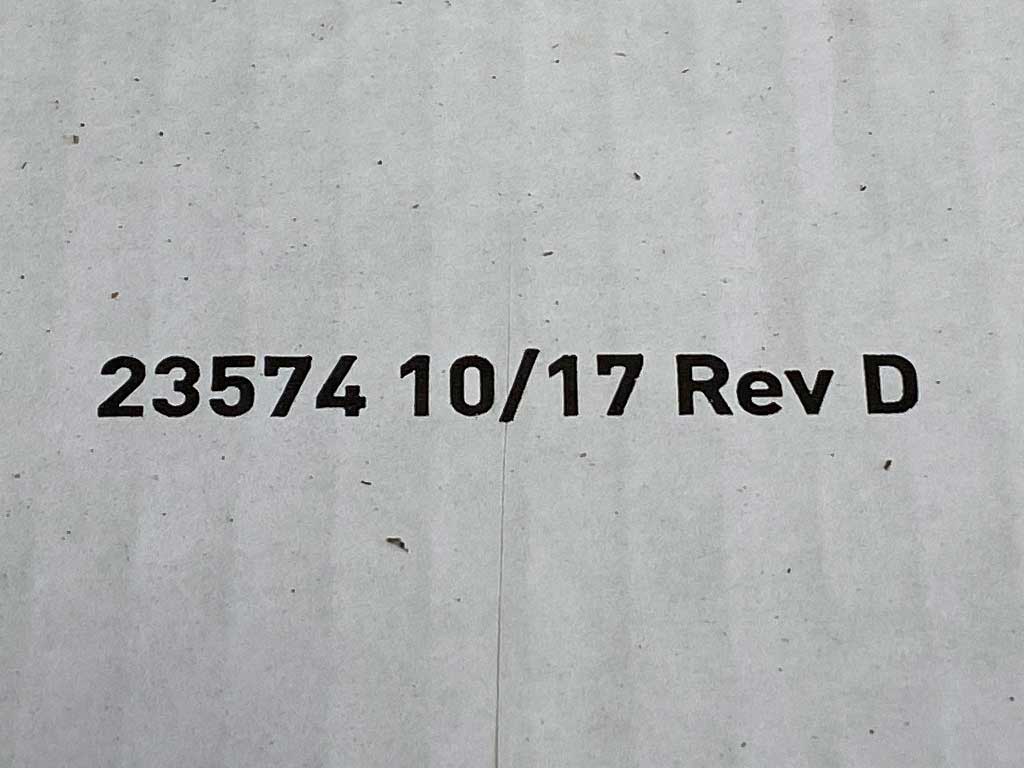 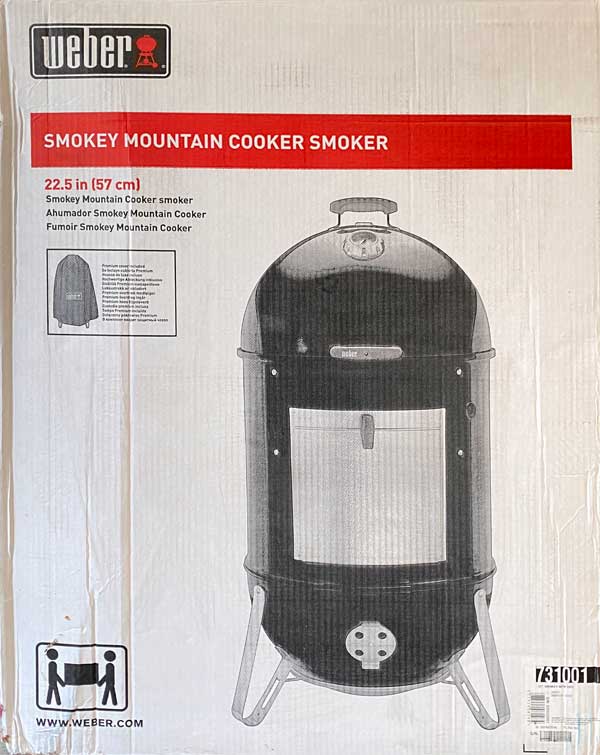 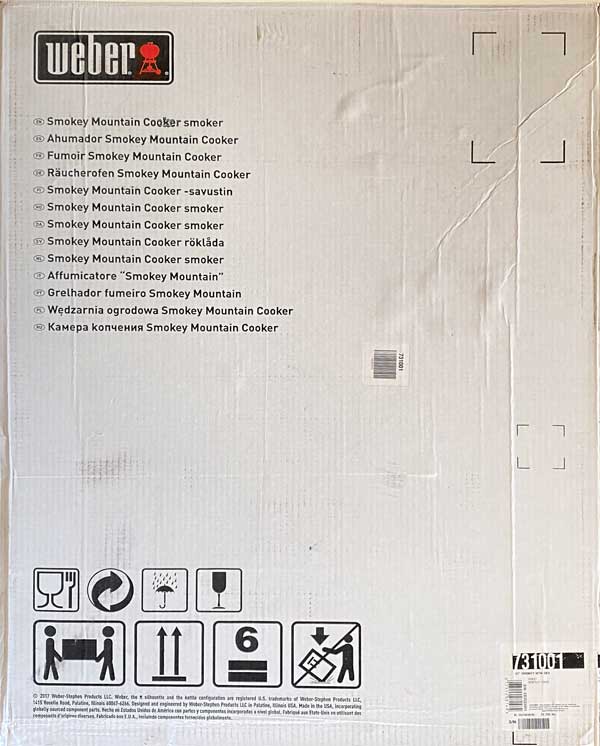 Premium cover is included, of course. 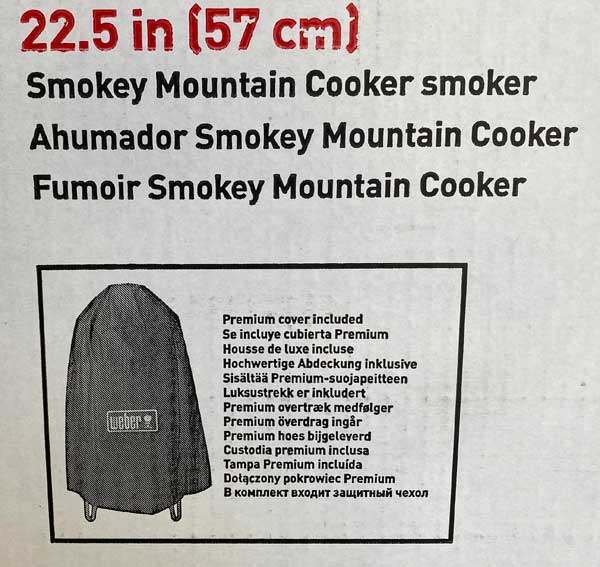 Back to WSM Product Information