Here are some tips from TVWB readers for improving the functionality of vent dampers on the Weber Smokey Mountain Cooker.

Bob Hunter from Orange, CA, likes to cook chicken at high temperature in his Weber Smokey Mountain Cooker. In order to increase the airflow through the cooker, he added a second vent damper to the lid.

First, you’ll need to order a WSM vent damper replacement kit from Weber at 800-446-1071. Note that each size cooker has a different size damper kit.

Cover the surface of the lid opposite the original vent damper with two layers of painter’s tape. Place a vent damper over the tape and mark the center hole and three vent holes with a pen.

Drill the center hole with a 1/4″ metal drill bit. Drill the three vent holes with a 3/4″ metal hole saw. 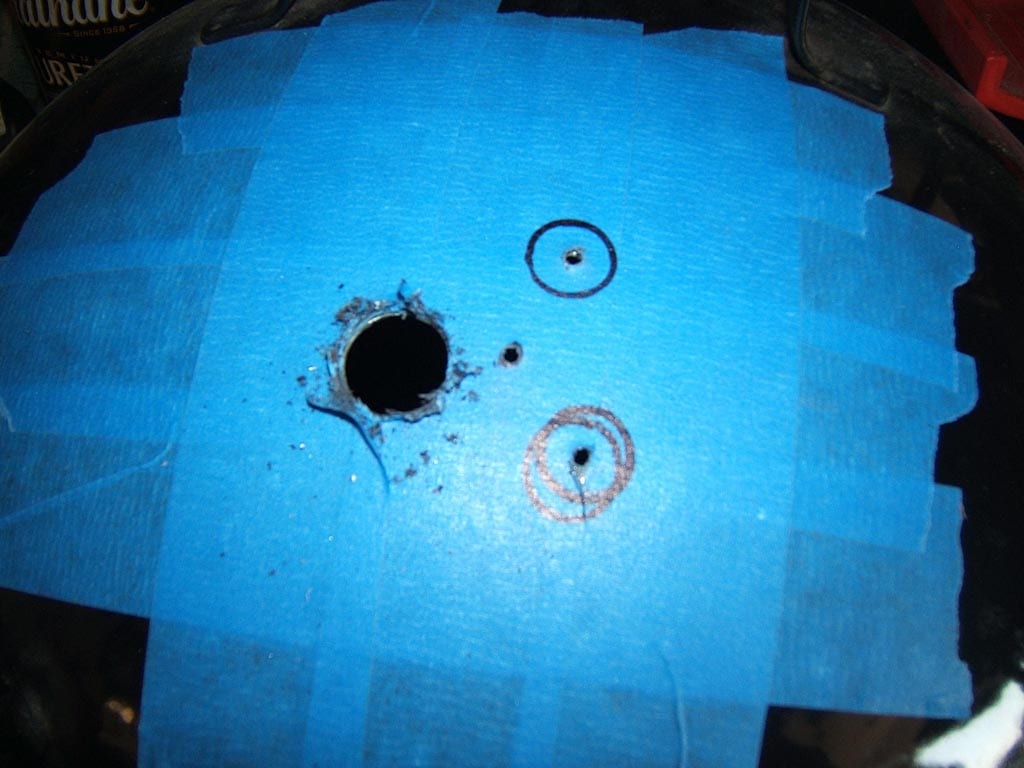 Bob used a BBQ Guru eyelet instead of the Weber fasteners. This allows him to insert a probe thermometer through the center of the damper to measure cooker temperature. 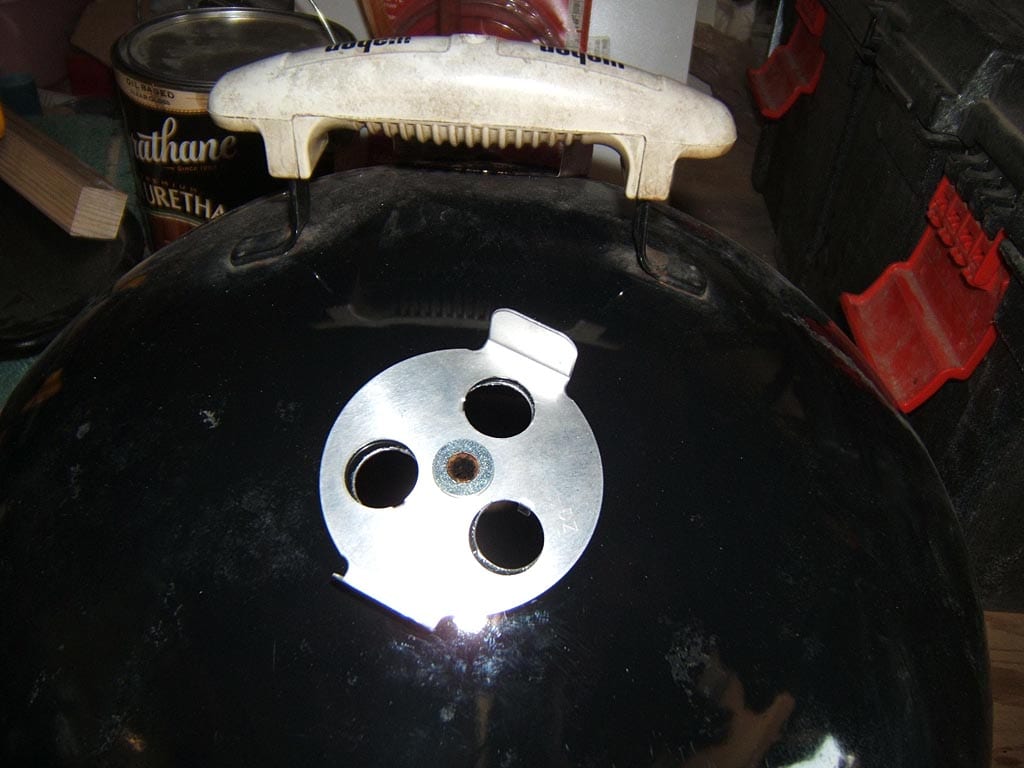 This photo shows the final installation with a probe thermometer cable running through the center of the new damper. 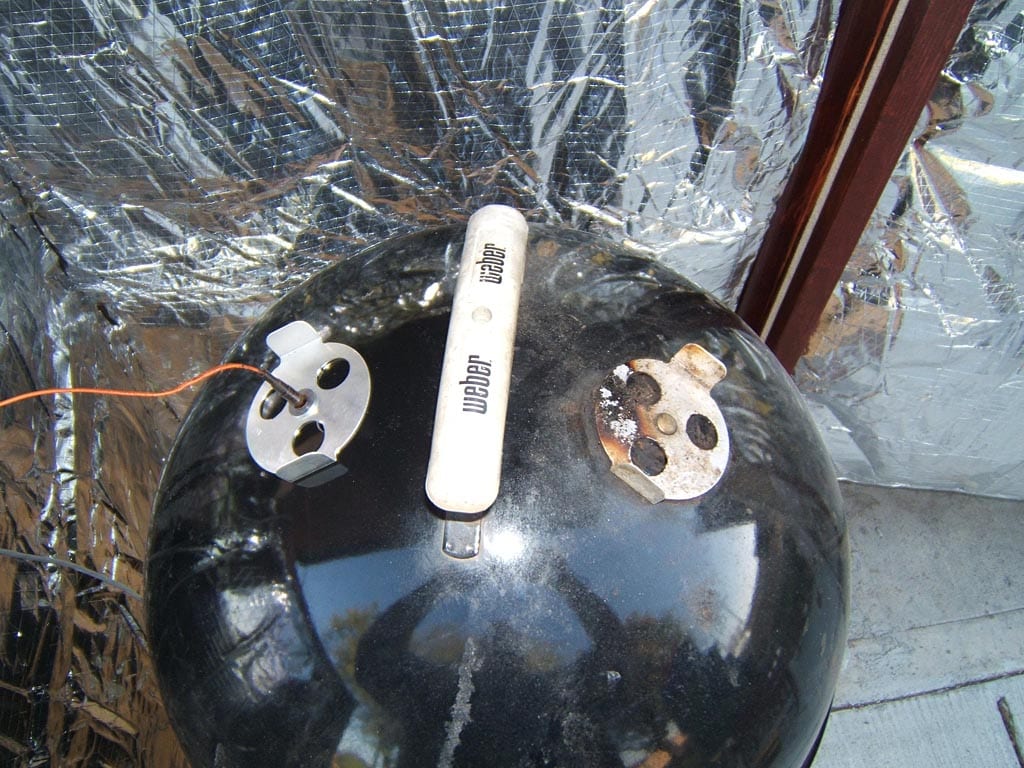 Gary Hill wanted an easy way to consistently set his vent dampers. He decided to mark the dampers using white auto pinstriping tape. Five marks on the cooker body indicate closed, 1/4 open, 1/2 open, 3/4 open, and fully open. A mark on the damper itself acts as a pointer. 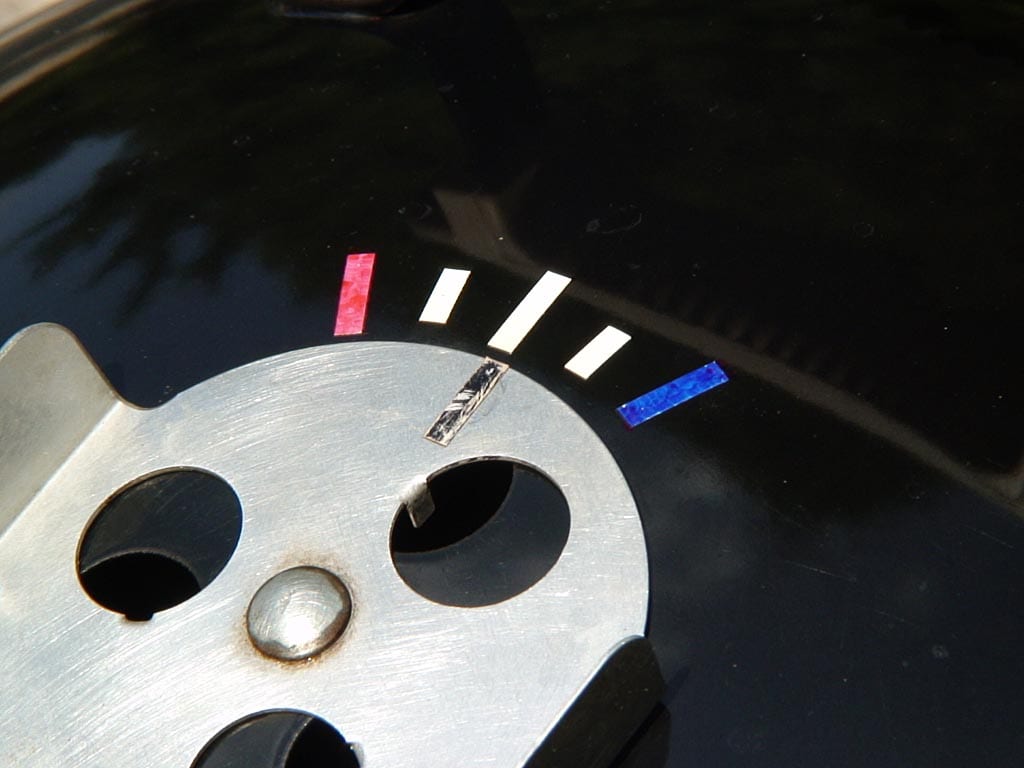 Gary used marking pens to color the tape, but says the colors faded over time and are difficult to distinguish. If he had it to do over again, Gary says he’d try using different length tape strips, long to short for opened to closed positions.