Here’s a new twist on an old favorite, the baked potato. This method comes from Mary Torges of Ostrander, OH. She’s been making cast iron skillet baked potatoes for years…so I guess they’re not really new, after all—just new to me!

Here’s the extensive list of ingredients for this recipe:

Rinse and dry the potatoes. Leave the skins on. Cut the potatoes in half lengthwise, making sure to cut so the greatest surface area will come in contact with the pan. This results in quicker baking and more browned surface area.

Divide 1 Tablespoon of butter among the four potato halves then place potatoes face down in a cold cast iron skillet. 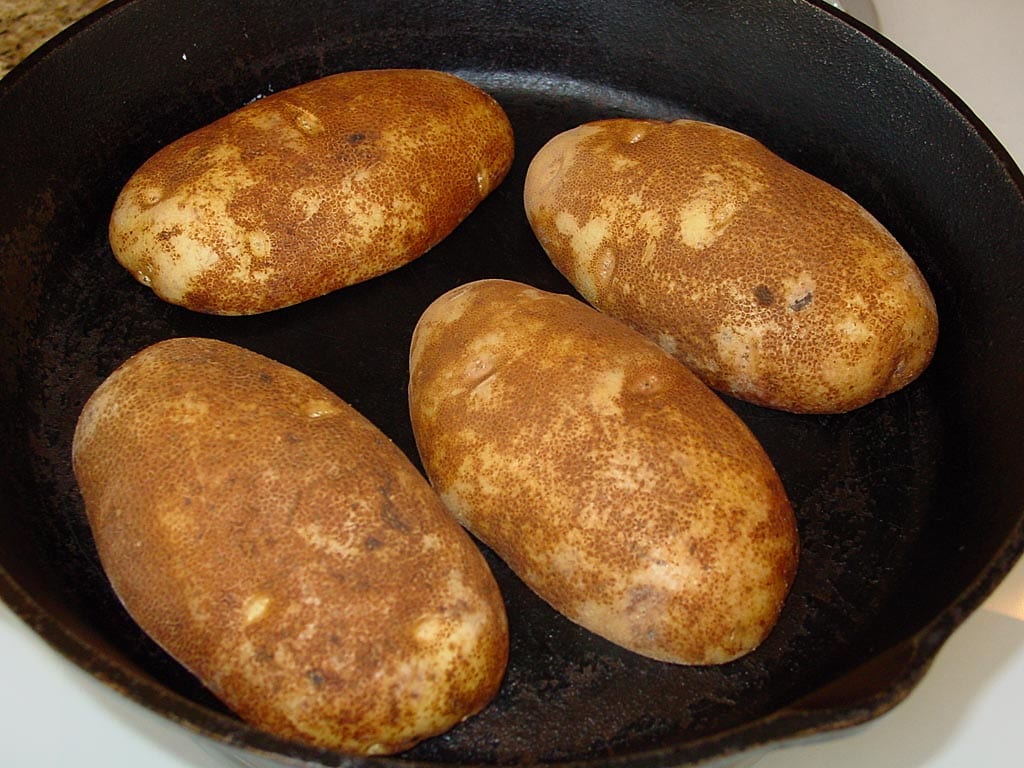 Set the oven to 375°F and put the cold skillet in the cold oven. After 40-45 minutes, check potatoes for doneness by piercing through the skin side with a sharp knife. If the potatoes don’t yield easily, bake a little longer until they do. If using large Russet potatoes, you will need to extend the baking time. 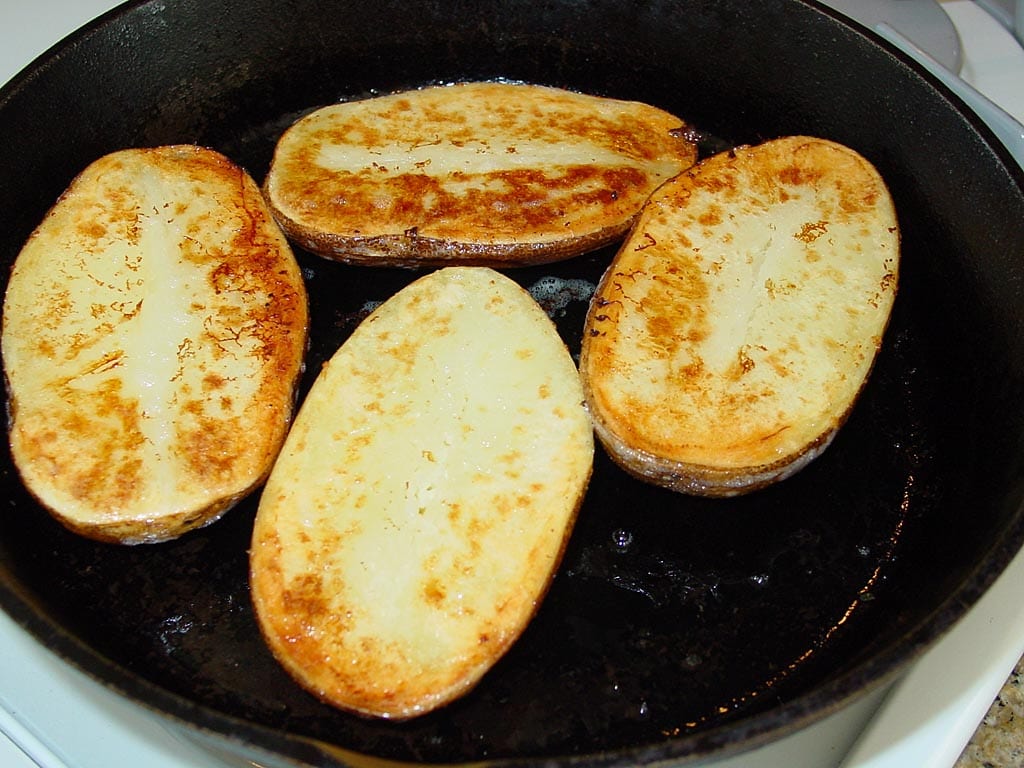 The finished potatoes can be adorned with the usual toppings, but Mary thinks they’re so delicious as-is that she just sprinkles them with salt and pepper to taste. 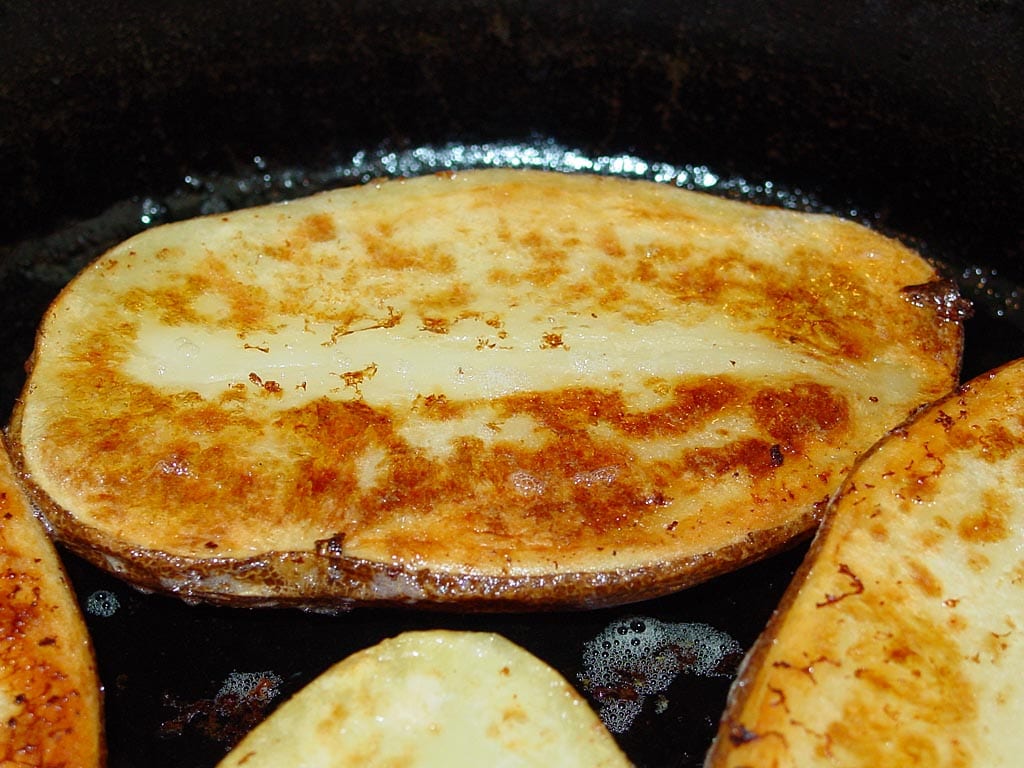 Mary says that she sometimes turns the oven up as high as 500°F to bake the potatoes faster. To bake larger quantities, place the potatoes on a rimmed baking sheet pan (don’t try this with a thin, cheap pan that may warp).