Make Your Own Ash Shovel 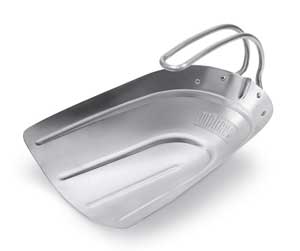 In 2013, Weber introduced the Weber 7471 Ash Shovel. It was an accessory designed specifically for use with the Weber Smokey Mountain Cooker and its purpose was to make the chore of ash removal easier and less messy. Just scoop, dump, and repeat until all the ashes have been removed from the charcoal bowl.

Personally, when it comes to ash disposal, I’ve always been a “dump and brush” guy. Grab a big yard waste bag, dump the stone-cold ashes into the bag, brush-out the remainder with a palmyra brush, and I’m good to go.

But I thought it was cool that Weber was thinking about accessories specific to the WSM, so I bought one and gave it a try. Yes, it works as advertised. The concave shape fits the WSM charcoal bowl pretty well and you can get most of the ashes out of the bowl quickly in just a few scoops. 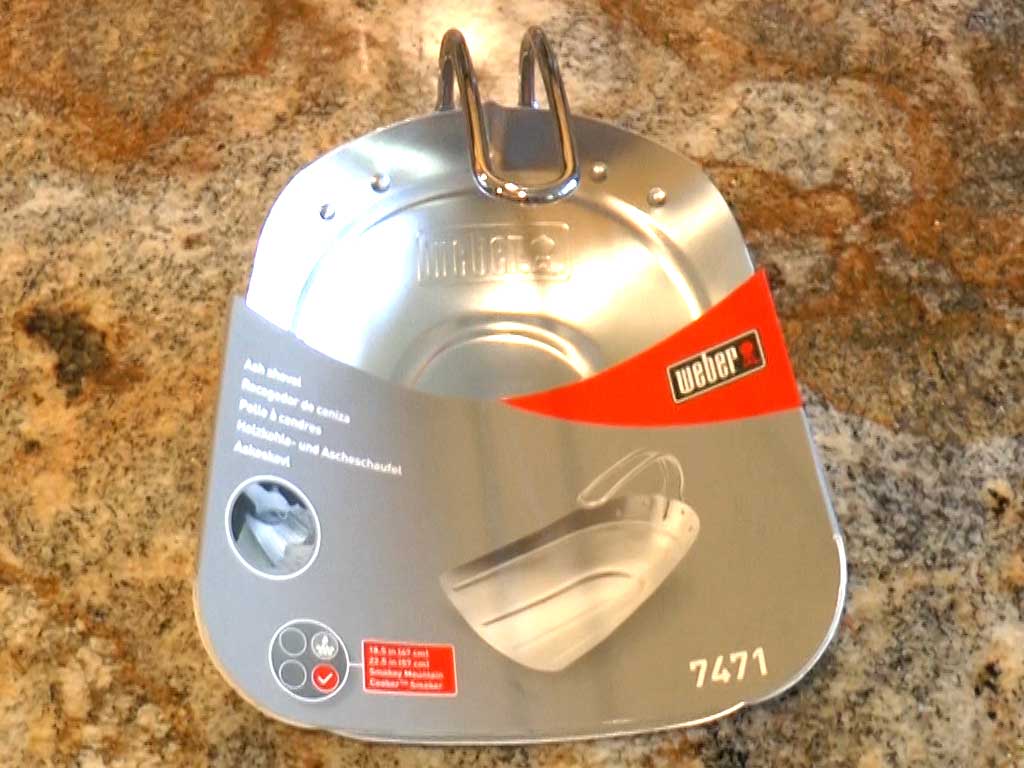 The Weber 7471 Ash Shovel made its debut on page 58 of the 2013 Weber Product Catalog, right alongside the Weber smokers. “Ideal for removing ashes from the base of your grill and smoker or scooping charcoal right out of the bag,” said the marketing text. Even though the product label indicated the shovel was for the 18.5″ and 22.5″ WSMs (the 14.5″ WSM had not yet been introduced), Weber was already hedging their bets by suggesting you could use this shovel in other Weber grills or for scooping raw charcoal from a bag. I’m pretty sure that last idea was a stretch because I don’t think you’d be able to maneuver the ash shovel inside most charcoal bags. 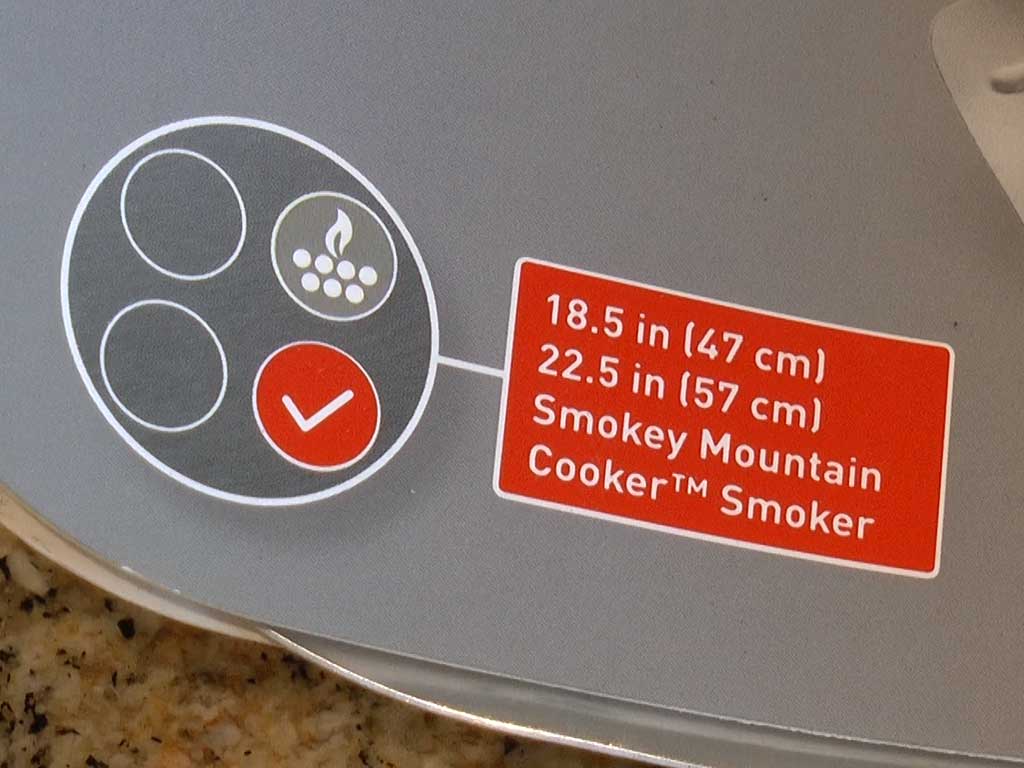 The ash shovel was carried forward into the 2014 Weber Product Catalog, where it appeared on page 29…alongside the Weber Ranch Kettle! Same marketing text as 2013, but now separated from the Weber smokers on pages 30-31. If you think about it, an ash shovel makes a lot of sense for a Ranch Kettle owner, since you can’t do the “dump and brush” method I described earlier. But this catalog move did not bode well for the poor little shovel. 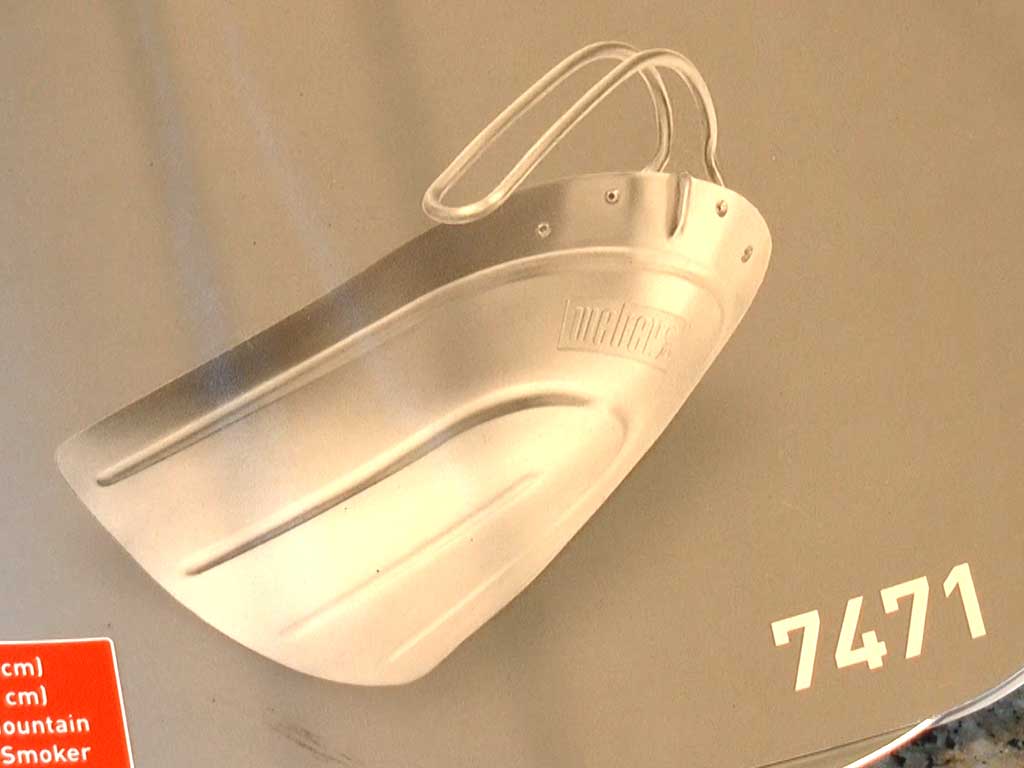 In 2015, the Weber 7471 Ash Shovel disappeared from the product catalog and from Weber’s website and was discontinued. You might say it went to “the big ash bucket in the sky”. 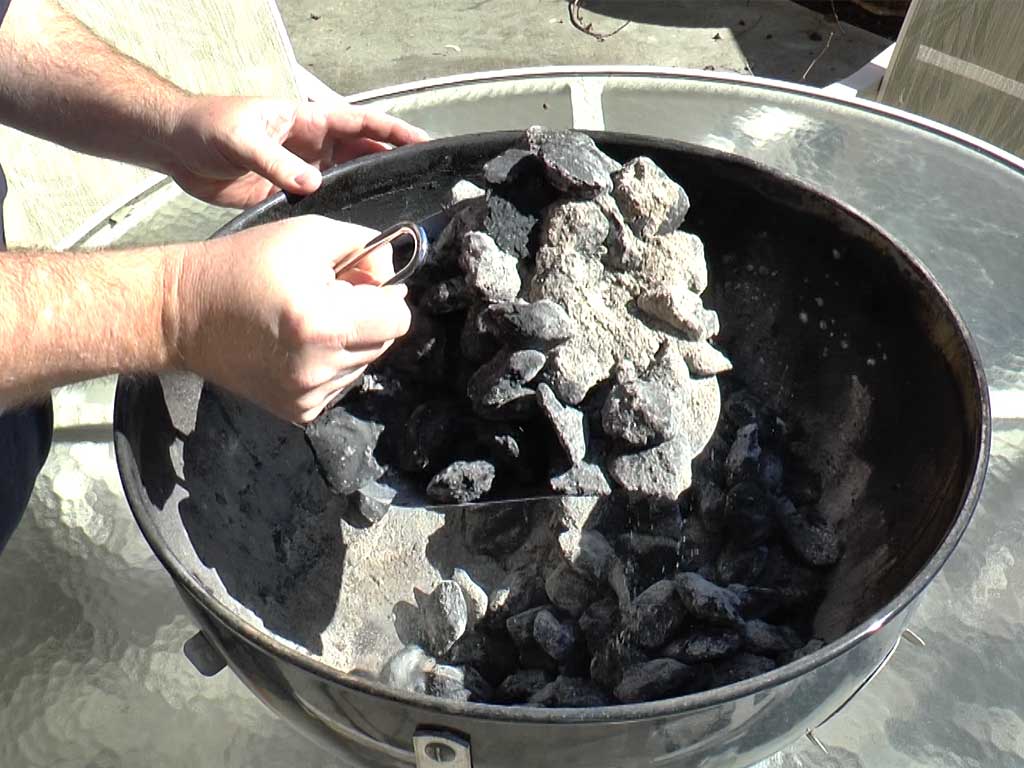 But if you think an ash shovel is a good idea, and you’ve got an empty bleach bottle, a paring knife, and a pair of scissors, you can make your own ash shovel.

Video: Make Your Own Ash Shovel

This video demonstrates the steps necessary to make your own ash shovel.

Rinse the bleach bottle thoroughly and remove the label. 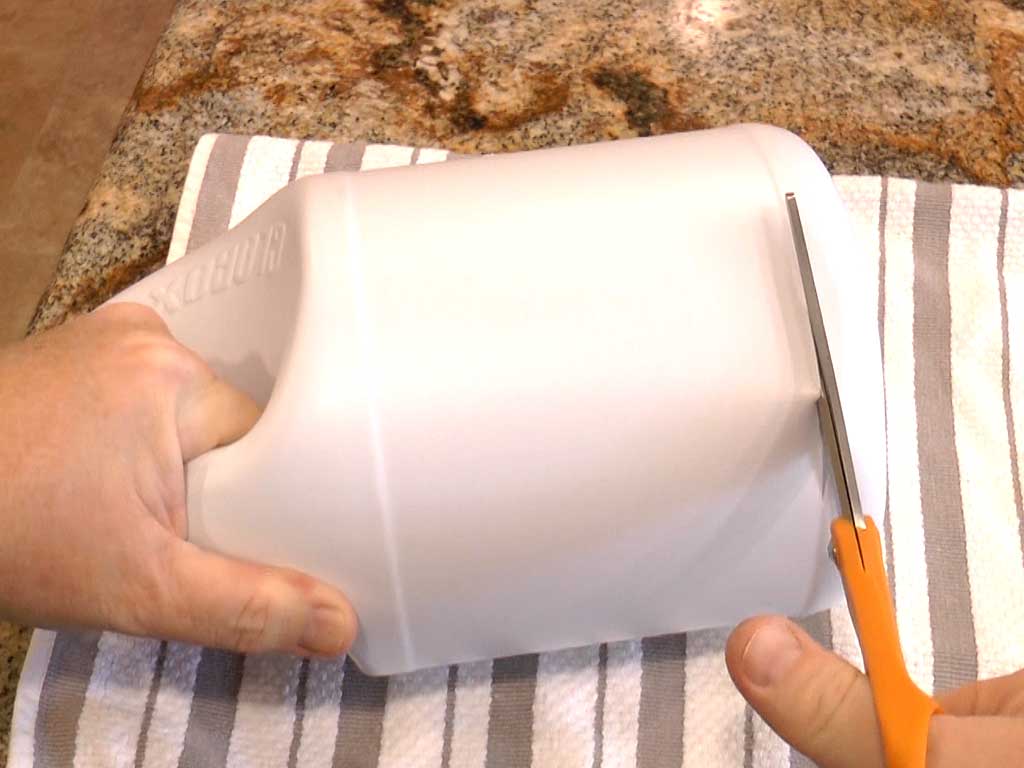 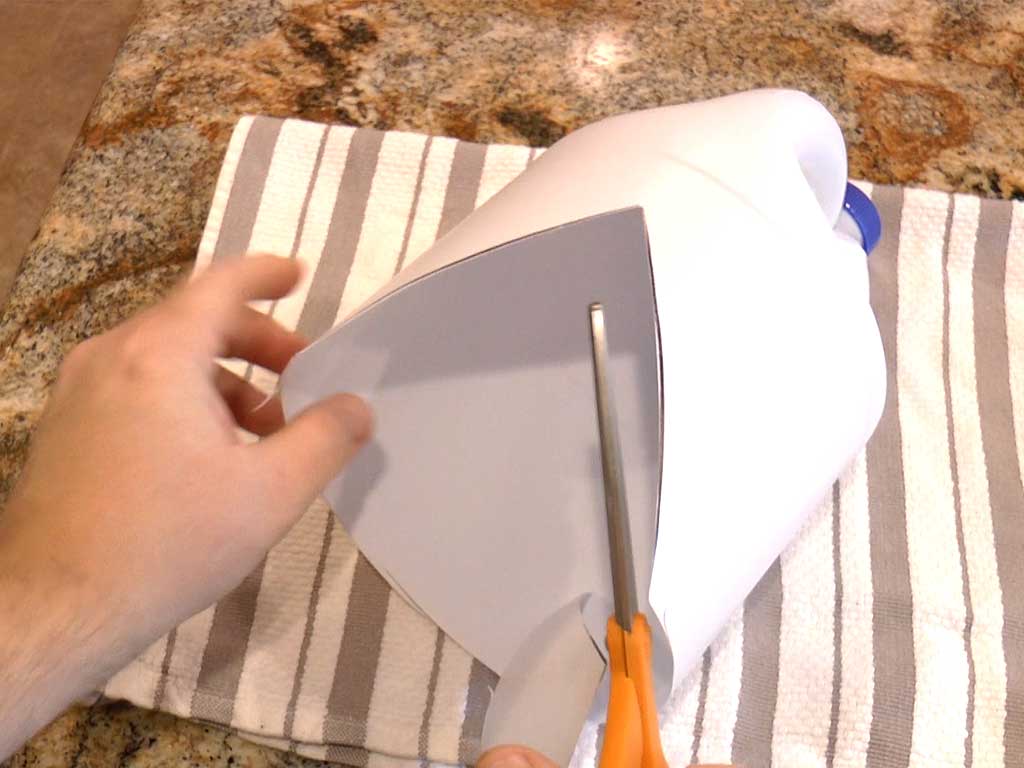 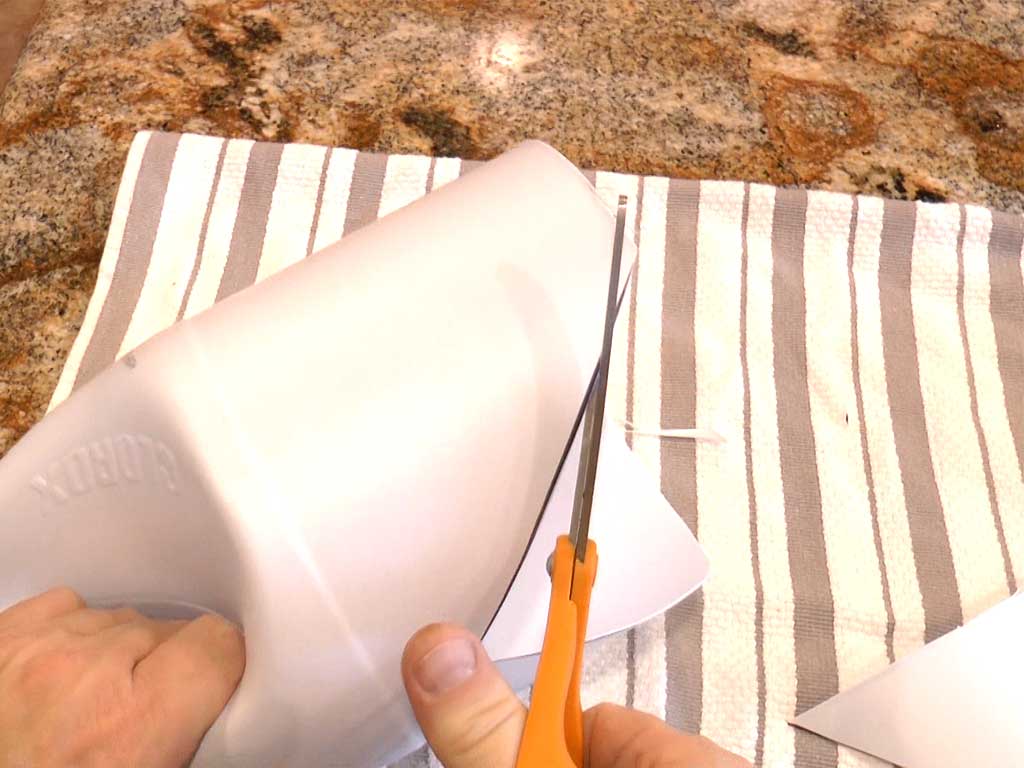 Use a ruler and marking pen to draw a “V” on the side of the bottle in line with the handle. Cut out the “V” with scissors, then round-off the opening on each side of the “V”. 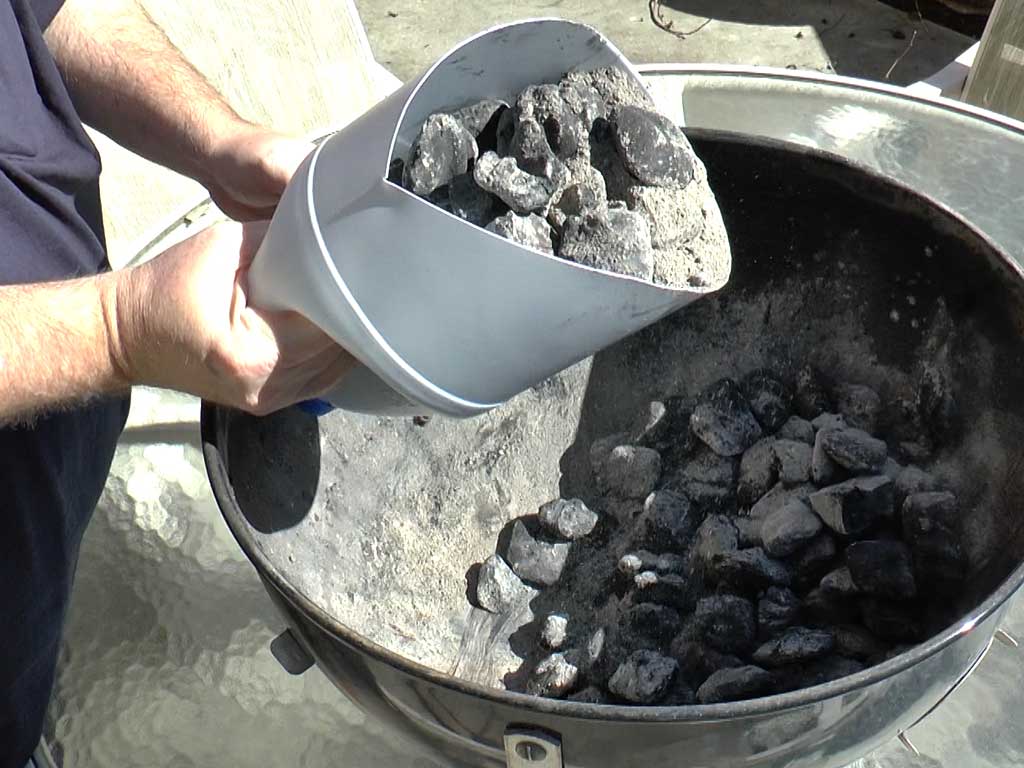 Now you’ve got a handy, do-it-yourself ash shovel for scooping ashes out of your Weber Smokey Mountain Cooker or any Weber charcoal grill.